Members of the HBS community,

We were heartbroken to learn today that Clayton M. Christensen, Kim B. Clark Professor of Business Administration, passed away last night as a result of complications from leukemia.  His loss will be felt deeply by many in our community; Clayton was a man whose brilliance and kindness were equally evident to everyone he met, and his legacy will be long-lasting.  Through his research and teaching, he fundamentally shaped the practice of business and influenced generations of students and scholars.

Clayton joined the HBS faculty in 1992.  He earned a B.A. with highest honors in economics from Brigham Young University (1975); an M.Phil. in applied econometrics from Oxford University, where he studied as a Rhodes Scholar (1977); and an MBA with High Distinction (1979) and a DBA (1992) from Harvard Business School.  He was granted tenure at the School in 1998 and named to a chaired professorship in 2001.

Clayton developed the theory of disruptive technology, over time broadening his lens to study innovation and growth in arenas from education to healthcare.  His seminal work, The Innovator's Dilemma, has been recognized by The Economist as one of the six most important books ever written, and his writings have been recognized with awards including the McKinsey Award (a remarkable five times) and the Abernathy, Newcomen, James Madison, and Circle Prizes.

Clayton was a gifted teacher across all the School's educational programs.  He developed and taught for many years the MBA elective curriculum offering, Building and Sustaining a Successful Enterprise, which uses a general manager's lens to evaluate theories about strategy, innovation, and management to predict which tools, strategies, and methods will be most effective.  His Online course, Disruptive Strategy, has engaged more than 5,000 learners -- more than 10% of Online's cumulative learners to-date.  He also led Doctoral seminars, served on a number of doctoral thesis committees, and was a member of the Doctoral Policy Committee.  And he was a (highly sought-after) regular in a number of the School's comprehensive leadership and focused Executive Education program offerings.  In everything he did, Clayton sought to help his students understand the powerful way they could be a force for good in the lives of others as managers -- managers who energized and uplifted those around them.

Throughout his life, Clayton was candid about the health struggles he faced, and the talk he gave to the MBA Class of 2010 -- later captured in book form as How Will You Measure Your Life? -- epitomized the thought with which he approached every challenge and his innate love of teaching.  To me, it has always highlighted Clay's remarkable passion to help everyone find meaning and happiness in their lives and careers.

The family still is working on the details of a funeral and memorial service and we will share them with you as soon as they are available.  In the interim, our hearts and sympathies go out to Clayton's wife, Christine; their children Matthew (MBA 2007) and his wife Elizabeth, Ann (MBA 2009), Michael (MBA 2011 and a current Doctoral student at HBS), Spencer (MBA 2018) and his wife Channing (MBA 2018), and Kate; as well as all who knew and loved Clayton. 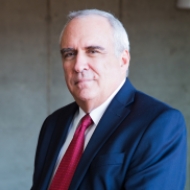